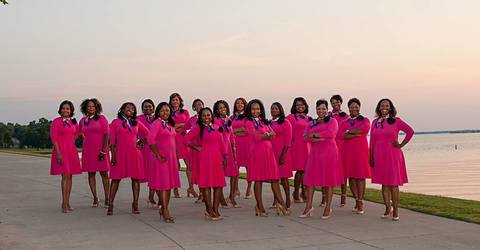 The Northeast Dallas Provisional Chapter was born of pure determination. The journey began in 2009 with one mother, Danielle Wesley, whose goal was to continue to enrich the lives of children in the northeastern suburbs of Dallas, Texas. An invitational and awareness campaign was launched, informing other mothers of how Jack and Jill of America, Incorporated (Jack and Jill) could serve as a cultural bridge to expose the northeastern suburban children to opportunities and experiences in preparation for today’s global society. Mothers represented Murphy, Wylie, Sachse, Garland, Plano, Rowlett, Rockwall and parts of Allen, Texas. An interest group was formed because they saw the opportunity to develop a systematic approach to service and leadership excellence for their own children and wanted to reach and reproduce in our own back yards.

In 2017, the Northeast Dallas Chapter celebrated its 5th anniversary of our chapter, and we were honored to have more than 100 guests to join us to commemorate the occassion at our Big Hats and Bling event. We are so very proud of our traditions and accomplishments and eager to continue the legacy of Jack and Jill.

For more information about Jack and Jill of America, please visit our National and Regional websites.

Jack and Jill of America, Inc.